Welcome from the Members and Family of TN 18-2. 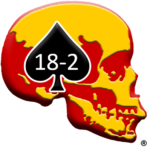 We are an Association of Combat Veterans from all branches of the United States Armed Forces who ride motorcycles as a hobby. Our mission now is to support and defend those who have defended our country and our freedoms. Our focus is to help veteran care facilities provide a warm meal, clothing, shelter, and guidance, or simply to say “Thank You.” and “Welcome Home.”

Our membership is comprised of Full Members (those with verified combat service) and Supporter Members (those who have non-combat military service and have a sincere dedication to helping veterans). We have members from nearly all 50 states and living abroad. Many members continue to serve in our Armed Forces, with several serving in combat areas now.

We sponsor and/or participate in many motorcycle-related charity events each year, and as a 501(c) 3 (EIN: 47-1564659) non-profit organization find more information about us at GUIDESTAR. We donate to various veteran care facilities and veteran charities in our local community.

We are a family that is brought together by our service to our country and the love of motorcycles.

What does it take to become a member? Click Here

Gator hails from the great state of Colorado and has been married to the lovely Mrs. Theresa for 23 years and together they have four children and six grandchildren. He retired from the U.S. Army in 2015 after 26 years as an Infantryman. Gator originally joined the CVMA® in 2011 with GA 25-1 and then transferred to TX 23-2. In 2012 he was finally transferred to TN 18-2 where he and his wife plan to stay. He became a Life Member in 2015 and has held the chapters Secretary position in the past. Gator and Toybox are the proud proprietors of Gators Lounge where the beers are cold and the Red Heads flow.

Master Blaster joined the CVMA® in 2011 at Fort Lee, VA where he was a founding member of CVMA® 27-3. He has held the positions of Chapter Sergeant at Arms, Detachment Commander, and Chapter Commander. He joined the Army in 1997 and retired after 20 years in 2017 as a Computer/Detection Systems Repairer. Master Blaster is the proud father of 5 beautiful daughters and one son. He was born in Covington KY and grew up in Hope Mills, NC. He transferred into 18-2 in August 2017. Master Blaster is currently employed by the Department of Veterans Affairs as a Veterans Services Representative.

Walter “GADGET” Green was born in Seymour Indiana and joined the Indiana Army National Guard in 1988 as an Infantryman. He served in Afghanistan from 2004-2005 and Iraq from 2007-2008. He retired from the Indiana Army National Guard in 2010. Upon retirement, he went back to school and earned his Associate Degree in Applied Science. In 2017 Gadget and Lunch Lady moved to Clarksville, Tn soon after they joined the 18-2 CVMA® in 2018. He now works for a Chairmans Foods Nashville, TN, Walter “Gadget” Green is happily married to Anna “Lunch Lady” Green. 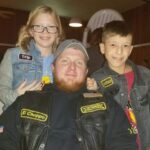 El choppo was born in Southern Illinois and has lived in many states in the U.S. He joined the Army in 2007 as a motor transport operator. He served in Iraq from 2008 -2009 with the 18th EN BDE. El Choppo got out of the army in 2013. He joined the CVMA in 2017 with TN 18-2. El Choppo works as a class III welder/fabricator rebuilding heavy mining equipment for the aggregate industry. He is married to the beautiful Mrs. Crystal “smiles” Scott. They have two children “Trip” and “Scarface” along with 3 dogs. 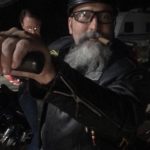 Crow was born in Maine and grew up in NYC. He is married to his Best Friend and partner in crime of 21 years, Karri “Cherry” Woods, and they have three adult children.  His first Duty station was Ft Ord, Ca, in 1989. then he  PCS’ed to Ft Campell, where he retired in Oct, 2015. He deployed to Iraq in OIF 1 with other members of TN 18-2. Upon returning, he successfully completed SFAS as an 18D, and spent the rest of his career at 5th SFG(A) at Ft Campbell, KY. Crow joined CVMA in September, 2018, and spends most of his time riding with Cherry and working on motorcycles in his shop. 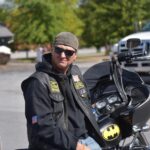 Alex Skids Ozolins hails from New York, he is married to Taryn Ozolins and has two boys Ashton and Evan. Alex was medically retired in 2013 After a deployment to Afghanistan serving as a infantryman with 2/327 No Slack. He enjoys his bike watching his kids play sports and the company of his CVMA brothers and sisters.

Anna “Lunch Lady” Green is from Layton, Utah. Anna received an Associates in Business Management from DATC/Weber State in Kaysville, Utah in 2000. Anna worked as a Food Service Director in Corrections from 2001-2018. She also joined the Army Reserves in 2011 as a Cook. She met Walter “Gadget” Green and they have been happily married since 2013. Between the two of them they have 4 children and 3 “fur-babies” 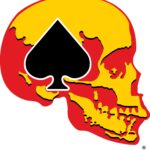 Smiley was born and raised Tampa FL. He is married to his best friend, the one and only Brandilyn “Brat” Crosby for 3 years and they have 2 adult children. He first joined the Army in 2006 and deployed to Iraq in 2010-2011 during OIF where he was a gunner for route clearance and convoy security. He joined CVMA in March of 2020 and spends most of his time riding and spreading the word of God. His family and CVMA family are everything to him!

We love to ride and to support our local veteran community.